The inaugural RStudio conference was held a few weeks ago, January 11th-14th in Orlando. In case you couldn’t be there, here are some of my insights from the event. 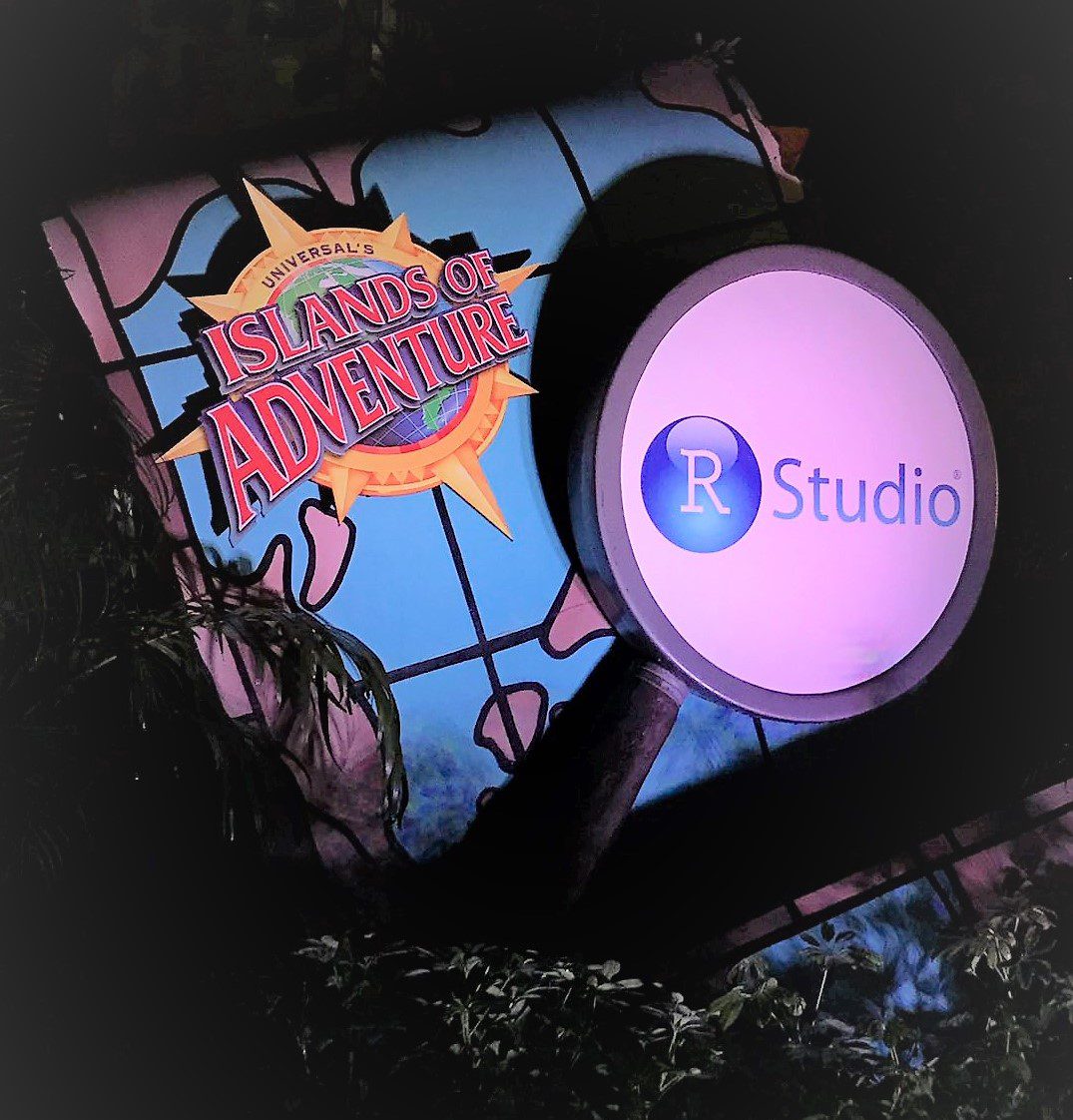 First off, it was a fantastic event! I’ve been a long-time fan of the people and products of RStudio, not to mention that gathering with a bunch of like-minded data science gurus in Orlando in January (I live in Colorado) was just plain fun. The vibe was terrific – during most sessions we were encouraged to get to know the people sitting next to us. At some events, this might lead to awkward silence (crickets, coughing, et al.) – but here it was hard to get order back in the room – lots of whooping and hollering about R and excellent networking. Hadley Wickham was a keynote speaker discussing tidyverse. They rented out the Wizarding World of Harry Potter at Universal Studios just for us. And… free hex stickers.

And oh, yeah, we did some serious learning. The conference had a curious schedule with optional training Wednesday and Thursday, and conference general sessions Friday and Saturday. For Wednesday and
Thursday, I chose to attend the ‘Master the tidyverse’ training with Garrett Grolemund. Other sessions were ‘Master R Developer’ with Hadley Wickham, and ‘Intermediate Shiny’ with Joe Cheng. I was 100% satisfied with the tidyverse training, and the feedback I heard was similar for the other sessions. Garrett was a great trainer and had well-organized materials for hands-on exercises. The course focused on elements in his newly released book with Hadley, R for Data Science (the best book I’ve seen for 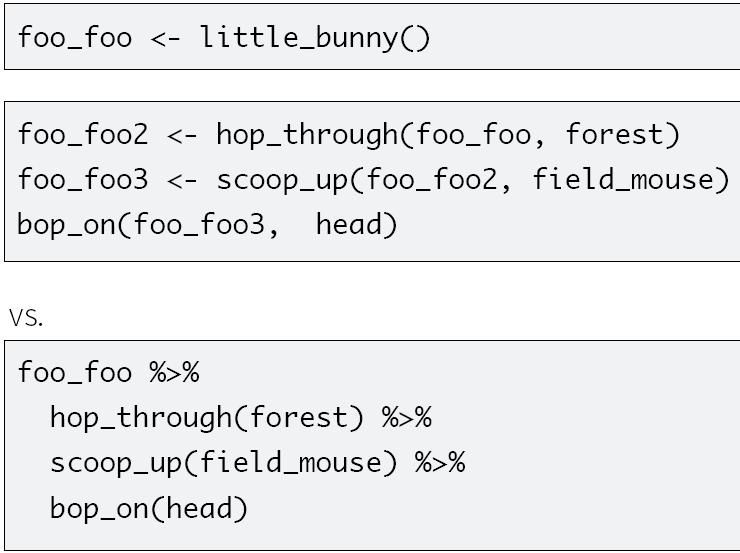 learning R; available at Amazon and O’Reilly). The tidyverse is a collection of packages that have a common data representation for doing the most important data science tasks, such as data access, data manipulation and tidying, functional programming, technical documentation, and managing models. Maybe most importantly, it provides a paradigm for more readable code that can be applied throughout the data science process. Everyone remembers the story of Little Bunny Foo Foo, right? The bottom box was written with the tidyverse approach!

The general sessions on Friday and Saturday had tracks like Shiny, scalability, tidyverse, R Markdown, and a few others. After each day’s keynote, there was a choice of two, 2-hour tutorials followed by a series of 25-minute presentations aligned to the track themes. I really liked this idea of a bigger chunk of time for major 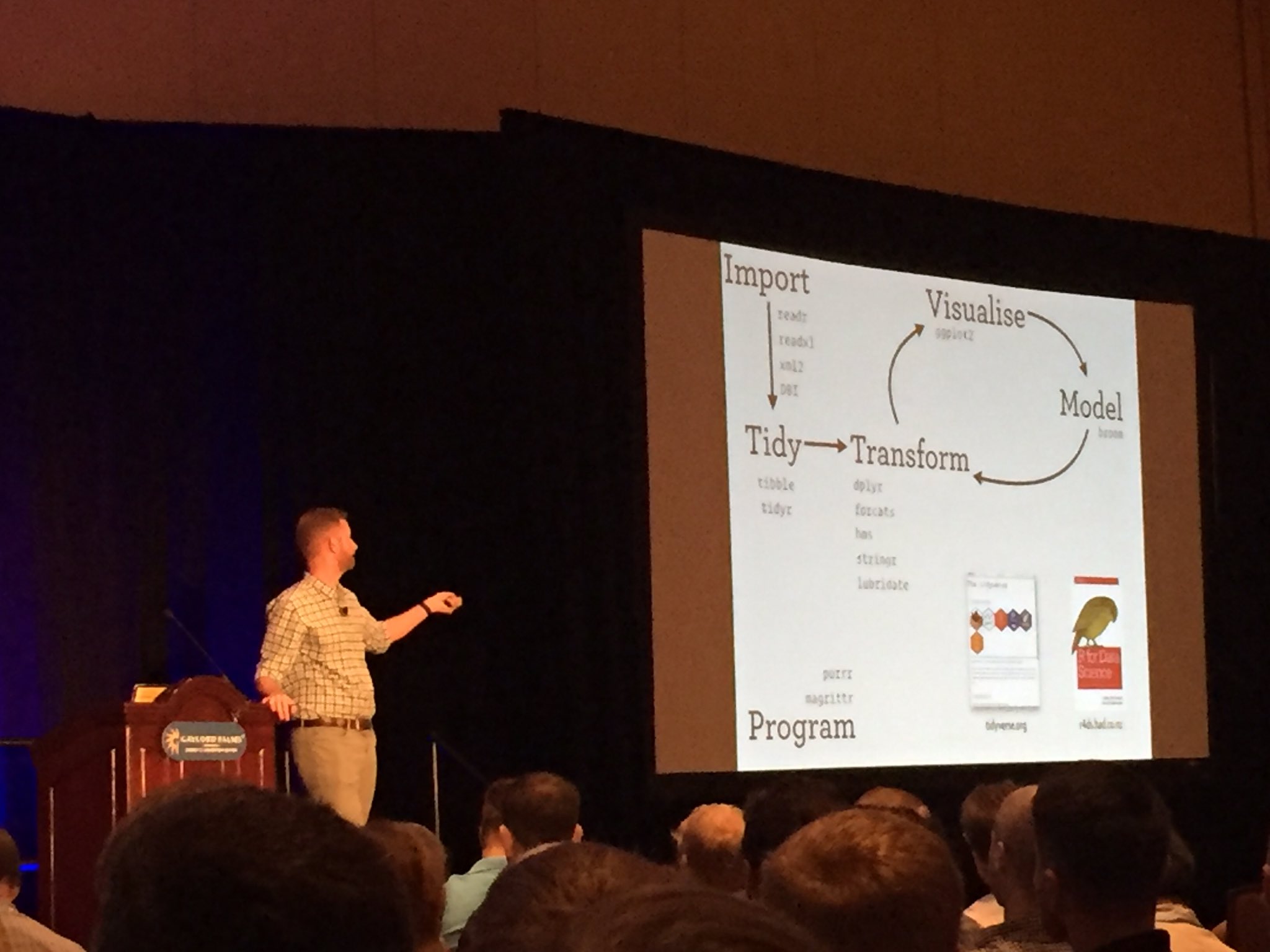 topics, and then having lots of choice among the shorter sessions. You can see all the topics at the conference page. RStudio has promised links to all the presentation materials eventually, so keep an eye on that page or follow @rstudio on Twitter. Sadly, some of the tutorial sessions were less effective as the internet was very spotty – I don’t think the hotel was ready for a big group of techies hogging bandwidth. The other feedback for improvement I left was to include a better description of each session and the target level of experience; in the beginner-friendly sounding ‘Building Dashboards with Shiny’ the first discussion was about tweaking the blah blah blah parameters for… and I was lost.

Other highlights for me included a spotlight on the new RStudio Connect publishing platform, learning more about R Notebook workflows, and the day 2 keynote from about Finding and Telling Stories with R by Andrew Flowers from FiveThirtyEight (they now have their own CRAN package, too, with code and data behind the stories).

Hopefully this whets your appetite for attending next year. Registration opened in July 2016, and training seats and rooms at the conference hotel went quick. Can’t wait to see you at rstudio::conf 2018!