It’s been a bit more than a week since BlueGranite’s Bryan DeZeeuw and I joined thousands of other developers and tech experts in Seattle May 6-14 for the ambitious Microsoft Build 2019. It was a year of firsts for the annual conference, with a heavy focus on Azure’s exciting future. As Microsoft’s CEO Satya Nadella announced during his keynote:

And, as everything in our homes and workplaces – from “smart coffee machines” to “connected cars” – becomes software-driven, Nadella said growth opportunities for the world’s most valuable company abound. 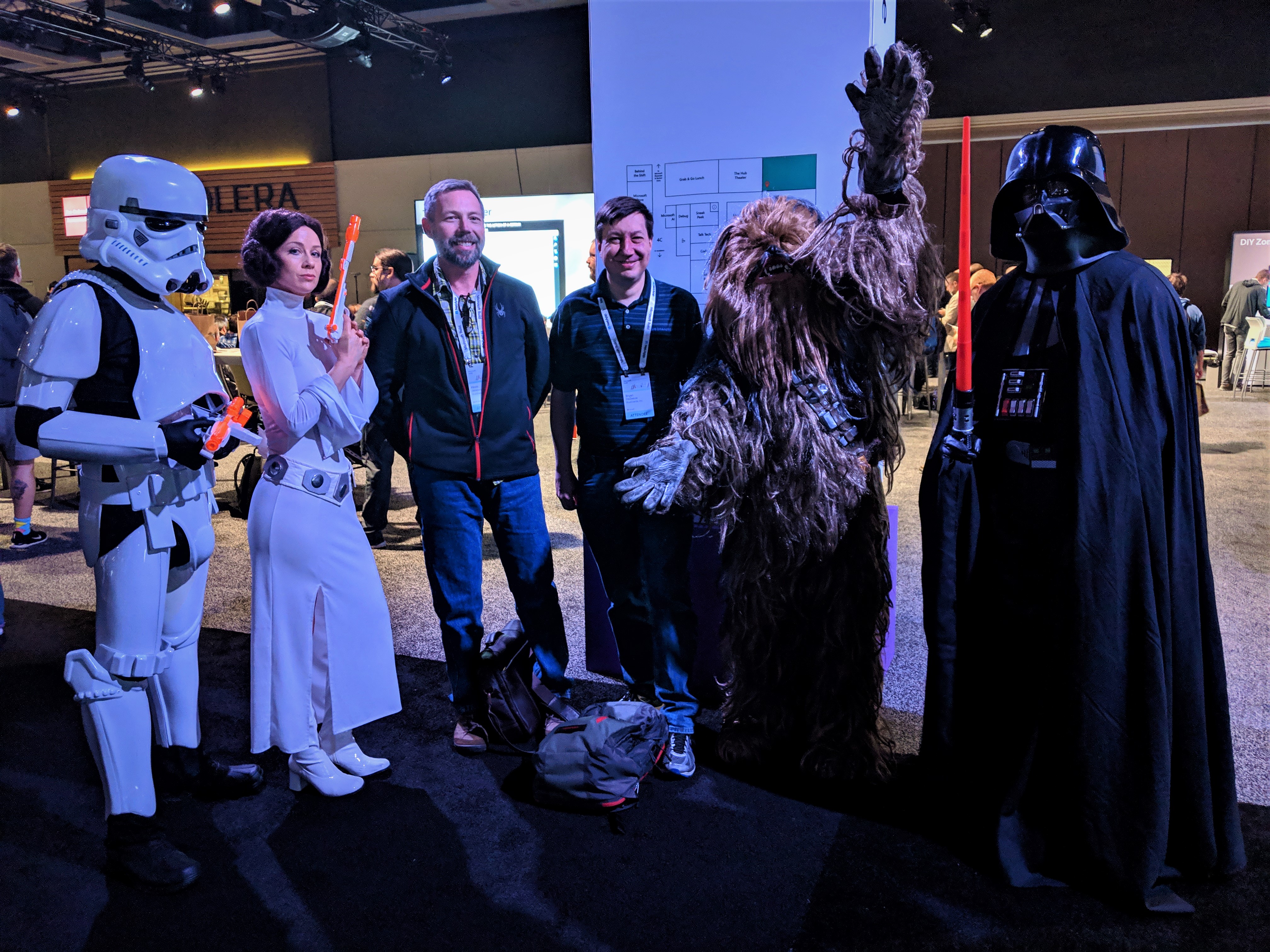 “Microsoft has everything you need for creating the next generation of software applications,” Guthrie said. “Azure supports your tools, your languages and your apps; and every developer is welcome.”

Charting the Future of .NET

Microsoft’s Scott Hunter and Scott Hanselman looked at .NET and the roadmap for future releases, discussing some cool new features in the pipeline, with .NET Core 3 scheduled for September of this year. Other highlights included:

Check out their talk here.

Azure and the Future of AI

Eric Boyd, Microsoft’s Corporate Vice President, Azure AI, talked about the explosion of AI – how it’s here and transforming business in amazing ways. Microsoft’s goal is making AI real for every developer and organization. Among the ways it’s doing so is with major advancements to its pretrained AI Cognitive Services offerings, which tie in well with the simple-to-use Bot Framework. Boyd kicked off his presentation by announcing a whole new Cognitive Services arena: the Decision category. New AI services in that group include:

The company is also expanding existing Cognitive Services areas, including new APIs in:

And the Bot Service Framework, which has already been downloaded 2 million times, with thousands of new Bot Service creations weekly, is growing, too:

Boyd also talked about taking Cognitive Services from the cloud to the edge, meaning the many tools can now be deployed anywhere, whether on-premises or on an edge device, using containers. New additions to that offering include the earlier-mentioned Anomaly Detector, Speech to Text and Text to Speech.

We also took a “Look Back” on C#, with Anders Hejlsberg, a Microsoft Technical Fellow. Hejlsberg, a core designer of the C# programming language, reflected back on the struggles and triumphs of different C# releases.

Check out his talk here. 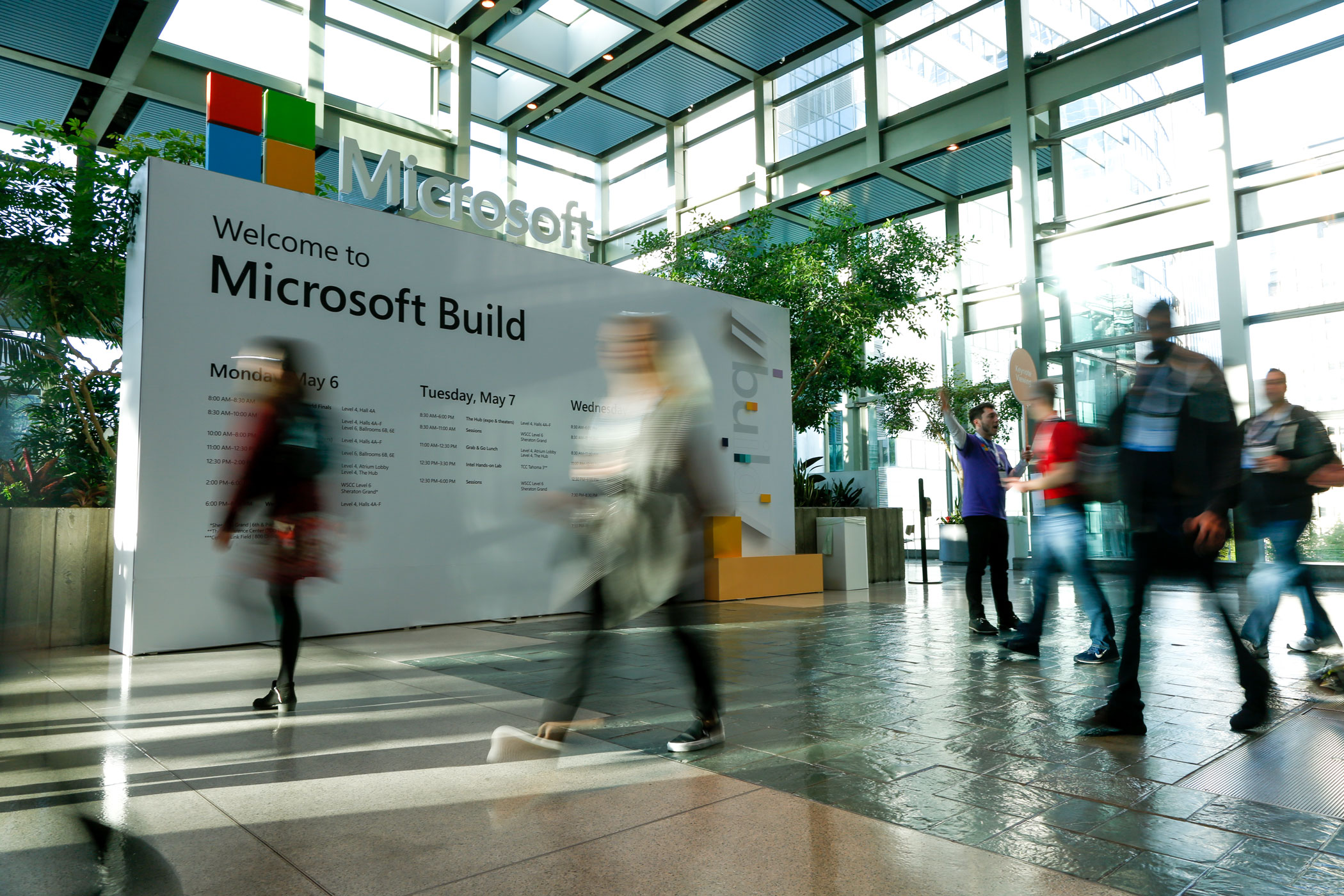 In addition to some great presentations, there were hundreds of other Build sessions and hands-on labs offered throughout the week. A few other highlights for us included:

Some of the new capabilities are:

I was also lucky enough to be among about 100 people invited to talk with some of Microsoft’s program managers on the heels of the conference. We sat in groups at different tables and various program managers talked to us about products in the works. Those included:

I talked to their Python programmer and others, and got to dive into the prototype Git interface Microsoft is building out in Visual Studio 2019, a tool we frequently use writing programs. They talked to me about how BlueGranite uses Git, and even let me work with the one they had in development, watching how I used it, and gauging what things came easy and which posed challenges.

Sessions On-Demand, Help at Your Fingertips

If you didn’t get a chance to attend the conference, check out some of the fantastic Build 2019 on-demand sessions here.

Keep an eye out for future Business Insights posts digging deeper into some of our key Build 2019 takeaways. And, if you’re ready to explore the many ways Microsoft and Azure can boost your enterprise, contact BlueGranite. Let us put our digital transformation expertise to work for you.